Few accidents are as dangerous to the professional driver as a rollover. In 2013, nearly half of all large truck occupant fatalities occurred as a result of rollovers.1

The costs to repair or replace equipment and cargo following a rollover can be substantial. Recovery, towing and environmental clean-up expenses resulting from spilled fuel or hazardous cargo can drive these costs even higher. But none of these costs compare to the cost of liability when others are hurt.

According to the Large Truck Crash Causation Study, a landmark truck accident study conducted by the Federal Motor Carrier Safety Administration between 2001 and 2003, nine percent of truck crashes were classified as rollovers.2 Given the seriousness of truck rollover crashes, there are good reasons to work toward preventing them. Recognizing the causes is the place to start.

The study showed that driving too fast was the most common cause of rollovers. In 45 percent of rollover accidents, excessive speed is the greatest contributing factor. Traveling too fast around a curve accounts for two-thirds of these speed-related rollovers.3

Inattention is the second biggest factor, contributing to 23 percent of rollovers.4 Examples of inattentiveness included being distracted by objects along the roadway, talking on a cell phone or driving while drowsy.

Driver control errors are the third most common factor, contributing to 19 percent of rollovers.5 Examples of control errors include over- or under-steering, poor maneuvering, overcorrecting after drifting off the road or out of a lane, failing to control speed on a downhill and improper braking.

To a lesser degree, rollover crashes also resulted from factors such as not seeing hazards, following too closely, not adequately securing cargo, losing consciousness while driving as a result of a medical issue, being struck by other vehicles and tire or brake failure.

Based on past research, it’s clear that working to prevent rollovers can hinge on a few basic safe driving principles. Here’s what you can do to help avoid being involved in a rollover crash:

People are often not surprised when private passenger vehicle drivers make mistakes, but paid drivers are often viewed as professionals who should meet higher safety and performance standards

Driving too fast for conditions, tailgating and not yielding the right-of-way are a few examples of poor speed and space management that can quickly lead to a crash, one that could do more than ruin your day. 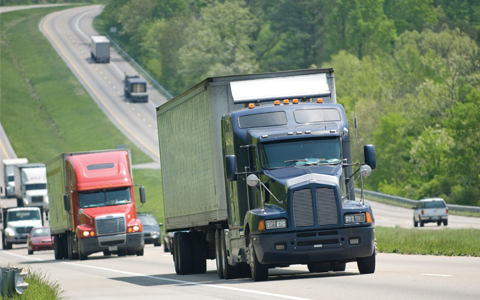 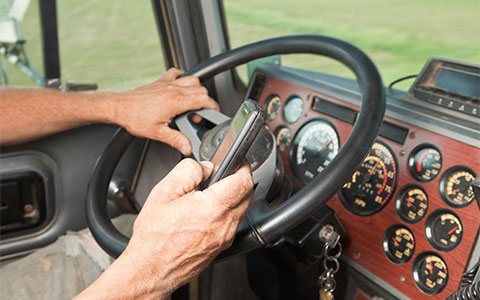 Passengers: Good Company - But Are They Safe?

Many trucking companies are taking a more cautious approach toward passengers than they have in the past. 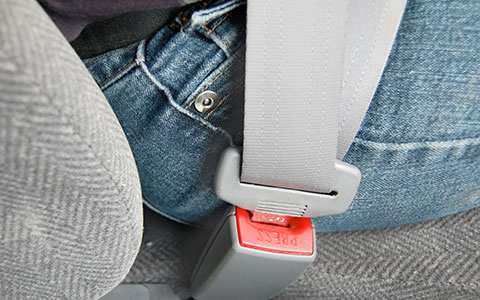